Martin Arnold Ltd are three weeks into our two-month Well Being Challenge; Pounds for £’s, and some of the MA team are clearly taking this mighty seriously – the tempting biscuits and sugary snacks are being ignored in the break-out areas! This is a first, and fabulous to see!

Monday evening river runs/jogs are going exceptionally well. Each week a little further is run than the previous week. Some staff, who aren’t able to run, have shamed us all by walking double the distance the joggers have run! The weather has been kind – it’s been chilly but sunny, refreshing and invigorating.

We’re welcoming all staff to join in and take part throughout and hopefully beyond the two-month Well Being Challenge. Running is not everyone’s thing, but a brisk walk feels great, is very good for you AND it’ll raise money for charity in the process – so it’s a win/win!!

Some staff are being a lot more mindful as to what they are eating for lunch and have made some excellent changes. Such as capers in salads and swapping French dressing for freshly squeezed lemon juice and black pepper for a fat free, healthier option.

Photo by Ella Olsson on Pexels.com 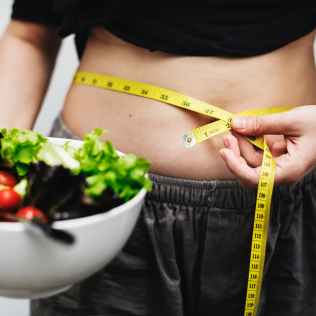 Photo by rawpixel.com on Pexels.com

Over a stone and a half has now been shed collectively and it has been a great team-building, enjoyable exercise thus far, with everyone swapping tips and encouraging each other to get involved. The chitter-chatter around the office has been fun – especially with Roger evading his involvement!!

Each mile run and each pound lost in weight equates to Messrs Martin and Arnold totting them up into pounds sterling, doubling them and donating the sum to Martin Arnold’s chosen charity for the first half of this year, the British Heart Foundation.

Six weeks into the challenge and the Monday evening walks/runs have proved very popular indeed. People haven’t been quite so forthcoming with recording their weight loss (or gain – perhaps we should blame Easter!!) Collectively we have lost over one and a half stone.

BUT … the weather has been so incredibly gorgeous along the Thames path for all involved on a Monday, that we have been racking up the mileage which equates to our Directors having to dig even deeper into their pockets for our chosen charity for this six-month period – The British Heart Foundation.

We have had an enormous amount of fun on our Monday evening walks and runs. In fact, they have been so successful that we are forming an ongoing “Monday Active Club” which is just fantastic. This way, we can continue the fun indefinitely.

Photo by Pixabay on Pexels.com

There have been 20 regular faces that have walked/jogged/crawled over 200 miles over the past 2 months and lost way over 52 lbs (over 3 stone) in weight collectively. We have enjoyed the outdoors, numerous laughs and chats and have found we have more in common than we initially realised.

There really is nothing to lose from being mindful and active and so much to gain. One of our colleagues even joined us on a long Thames Path walk with their three children and a dog – it really is the more, the merrier!